An active glas of water

An article well worth noticing: "Rising tide of drugs, medicines polluting EU waters" published today in EurActiv. EFPIA there says that: “it is certainly appropriate to evaluate the potential environmental risks posed by medicinal products prior to their authorization".

Personally I´m no chemist so I’m not sure how the lifecycle of a drug looks like but it seems like a given one that we look into how active ingredients are being transmitted into our water.
at 14:19 No comments:

Email ThisBlogThis!Share to TwitterShare to FacebookShare to Pinterest
Labels: EFPIA

At EU Presidency Conference on Rheumatic and Musculoskeletal Diseases the representative from the Belgian presidency Olivier Belle, Member of the Cabinet of Laurette Onkelinx, Belgian Deputy Prime Minister and Minister for Social Affairs and Health, declared that their aim had been to organize a conference where the patient can make their voices heard. They seem to have managed, the patient representatives there was given quite a lot of voice by being presenters as well as workshop leaders. And I think they were heard, the conference ended on a vote on if the conference recommendations to the EU should be on rheumatic and musculoskeletal diseases or only musculoskeletal diseases. The patients mostly from rheumatic disease groups who felt a little bit left out by the original proposal won after a tight vote. Find the final press release on the conference and its recommendations here.
at 10:40 No comments:

Opening the EU Presidency Conference on Rheumatic and Musculoskeletal Diseases the European League Against Rheumatism EULAR President Prof. Paul Emery remarked that the reason the EU institutions focus so little on chronic diseases might be that they in their work mainly focuses on morbidity instead of societal costs. An important point. Its something well worth reflecting upon as well as trying to change.
at 22:29 No comments:

Email ThisBlogThis!Share to TwitterShare to FacebookShare to Pinterest
Labels: EULAR

One more that should take Michael Hubels advice....

"First, while by definition they tend to be very rare – affecting fewer than 5 in 10,000 people in the EU and less than 200,000 people in the US – the 7,000 known orphan diseases affect up to 8% of the world's population which includes some 25 million US citizens and 30 million Europeans. This is more than the numbers suffering from cancer or cardiovascular disease," added Dr Wilson. .... According to Dr Wilson, the chance of successfully developing a drug for a rare disease is twice as high as for one targeting a common disease. "

Most Europeans experience positive feelings more often than negative says a Eurobarometer report released to mark World Mental Health Day. It reveals that during the 12 months preceding the survey on self perceived Mental Health of European citizens, 15% of respondents across EU Member States sought professional help for psychological or emotional problems and 7% took antidepressants, mostly for depression or anxiety.

Surveyed was beside the consumption of anti-depressants and mental well-being, things like stigma attached to mental disorders, absence from work as well as perception of job security.

Link to the Eurobarometer report here.
at 10:19 No comments:

New Minister of Health in Bulgaria is Stefan Konstantinov who replaces Anna-Maria Borisova, who quit last week over a funding row.
at 11:13 No comments:

Email ThisBlogThis!Share to TwitterShare to FacebookShare to Pinterest
Labels: Bulgaria

John Bowis former health minister in the UK and former MEP just explained that his diabetes actually wasn’t detected by his doctor until his second hand car dealer pointed that he might have diabetes something that convinced Mr Bowis to go and test himself underlining the need for the individual to be health literate...
at 10:25 No comments:

Gastein 3 - is really all diseases the most deadly one

European Commissions Head of Unit Health Determinants at DG Sanco Michael Hübel just made a statement I longed for long at the forum session called Chronic Respiratory Disease: A Neglected Epidemic. By now we already had several hours of statements from various KOLs of what COPD is and the need for increased awareness of the importance of COPD among policy makers and others. Hubel took a slightly different approach by stating that he actually think that there is a quite high awareness about respiratory disease and that this fight already is won. He underlined that every day he and his colleagues all disease groups claims that they are the most important (cancer, CVD, diabetes, COPD etc) and then asked the groups to not play each other offs like this not the least due to the co-morbidity issues. He also pointed out that if all claims would be true and added up it would show that we all quite soon will be dead.
at 12:59 No comments:

There is no money coming without strings attached underlined Alistair Kent from the Genetic Alliance UK in the Elli Lilly workshop on Transparency at the Gastein Health Forum 2010. He points out that this also goes for governmental money and that whoever gives them money they have to look at what these strings are and if they are acceptable. A very wise position.

When I have done interviews on the subject of patient representation in the HTA process the main issue raised was actually not their links to pharma but that after a while they become too much part of the institutions and the boards where they are supposed to be a different voice compared to the civil servants and scientists.

Sadly no governmental represent was on the panel. The commission declined. Given that their agency EMA will revise its current Policy and Procedure, at their Management Board meeting tomorrow aiming at increasing transparency it would have been interesting to have them there to answer a question or two.

I have not seen the formal proposal only the presentation held for their Scientific Committees in June/July under the headline: Key Principles of a Revised EMA Policy and Procedure on the Handling of Conflicts of Interests of EMA Scientific Committees’ Members and Experts. The new ethical guidelines are said to be so strict that any financial support from pharma industry will disqualify participation as expert in EMAs various committees. And if they are transparent with their funding this would not enough since EMA also are looking at the possibility of a “More proactive approach, e.g. in terms of the search for alternative expertise”. It sounds to me like if they don´t like the funding of specific experts EMA aim to be able to go and try finding some else. It doesn’t seem like a good method to ensure independent voices.

I think industry should give money to good causes and if it is part of their marketing strategy: fine. Funding comes and should come from different sources. Also industry. I think patient organisations with varied funding have a better chance of being independent compared to those that have only money from the government.

As Anders Olausson Chairman of EPF pointed out – in Sweden a lot of patient organizations are fully funded by the government and he didn’t want to say that they are not doing their job but underlined that it is very quiet. He then concluded that diversity is very important.
at 20:23 No comments:

This year’s Gastein Health Forum gathers 550 participants according to the participant list. It’s mostly the usual suspects like Antonyia Parvanova, Hans Stein, Helmut Brand, Tamsin Rose – although someone pointed out that it seems to be a younger generation representing the pharmaceuticals industry this year. Noticed on the way here that the only one of all the HC people travelling in business class on my plane was the new Director General for DG Sanco Testori-Coggi.
at 16:26 1 comment:

Updates have been a bit few lately – this is because I joined Edelman as Director Health Public Affairs Europe. As Edelman is a consultancy I just wasn’t sure how to continue. Now 6 month later I feel I´m learned enough about my role, its opportunities and limitations to be able to start again. I will continue to try to highlight interesting healthcare policy developments across Europe. Naturally I´m influenced by the fact that I work on a daily basis trying to help various clients but by the end of the day my views and opinions expressed here are mine and mine alone. What I write will not be due to any assignment nor will the posts be approved by anyone meaning that nor Edelman nor my client should be blamed for my mistakes or statements :)
at 21:25 No comments: 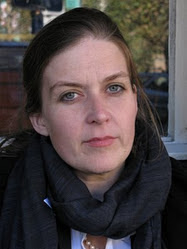